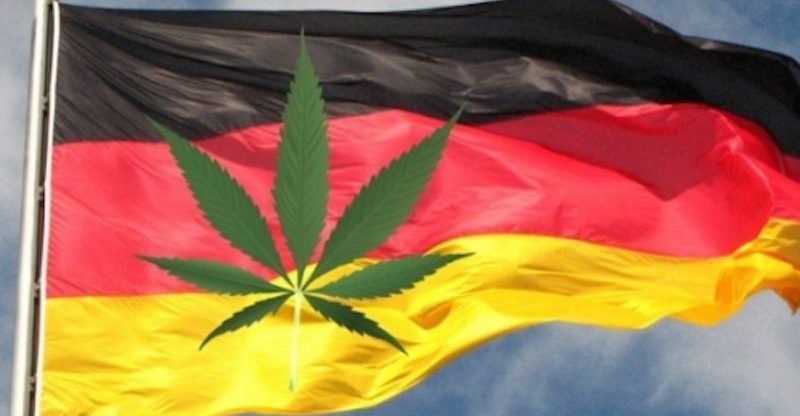 Readers of New Cannabis Ventures likely recall how we alerted to the huge opportunities in Canada last June, and the Canadian market continues to evolve as a leader in the global cannabis industry, with legalization efforts likely to result in legal sales commencing in about a year. We continue to see the Canadian market as a likely source of strong growth ahead in both its medical and legal markets, but we want to highlight developments in other geographies that merit attention.

The most exciting development has been in Germany, which is proceeding with a recently approved national medical cannabis program. At present, medical cannabis is available to German patients via importation, but the country is in the process of licensing an initial ten cultivators in the months ahead. Our understanding is that the regulators are requiring a certain amount of experience in producing medical cannabis, and this opens the doors to certain Canadian LPs. ABcann Global (TSXV: ABCN) (OTC: ABCCF), CanniMed (TSX: CMED) (OTC: CMMDF) Canopy Growth (TSX: WEED) (OTC: TWMJF), Cronos Group (TSXV: MJN) (OTC: PRMCF), through its wholly owned Peace Naturals, Harvest One (TSXV: HVST) (OTC: HRVOF) and Maricann Group (CSE: MARI) (OTC: MRRCF) have all discussed publicly their current export roles or their intent to apply for a license (or partner). The size of the country (81mm) as well as the unique characteristics of distribution through pharmacies and insurance coverage make Germany a key market to follow. Additionally, we expect that the progress in Germany will fuel broader adoption across Europe.

Another market that has begun to develop is Australia, where two companies have received licenses, Auscann Group (ASX: AC8) (OTC: ACNNF) and Cann Group (ASX: CAN). The market is likely to have a very medical focus initially, and there are several other publicly-traded companies that are pursuing licensing for research or commercial production. Canopy Growth has a strategic alliance with Auscann Group and has approximately 10% ownership, while Aurora Cannabis (TSXV: ACB) (OTC: ACBFF) owns 19.9% of Cann Group.

The final geography where we see a lot of interesting progress is in South America. We have highlighted PharmaCielo, which is ramping up in Colombia, International Cannabis Corp (TSXV: ICC) (OTC: ICCLF) in Uruguay, and Canopy Growth in Brazil. Auscann Group is cultivating for research purposes in Chile, and we note that several Canadian companies have begun to export into South America. Uruguay, a small country, has moved towards legalization, with distribution in pharmacies, while other countries are embracing medical cannabis.

We see Canadian LPs as the most likely beneficiaries of the proliferation of cannabis legalization globally. These companies are already participating in foreign markets through exports, and we expect to see several LPs apply for licenses in Germany. Over time, their capital may be be deployed directly, or their intellectual property may be contributed to joint ventures. At the same time, we expect to see investment opportunities emerge beyond Canadian companies.

One sign of the increased recognition of the global nature of cannabis reform and business opportunities is the recent announcement that former President of Mexico Vicente Fox will serve as the keynote speaker at the National Cannabis Industry Association (NCIA) Cannabis Business Summit taking place in Oakland next month. His involvement is especially timely in light of the recent news that Mexico is moving closer to adopting a federally legal medical cannabis program. Fox, a long-time executive of Coca-Cola who ultimately served as President of Coca-Cola Latin America, is a long-time cannabis legalization advocate.

The Cannabis Business Summit will also include a panel on June 14th, “Building An International Cannabis Industry: Reforming Multilateral Drug Treaties”, with Betty Aldworth of SSDP, David Borden of StoptheDrugWar.org and Khurshid Khoja, a lawyer at Greenbridge Corporate Counsel, who also serves as director on NCIA’s Board. The panel will explore the international drug control framework that lags behind the reforms taking place in many countries. New Cannabis Ventures readers can save 15% on the conference using the code “NEWCV15” or by registering via this link.

The global cannabis opportunities are already presenting themselves to U.S. companies operating in the industry directly or providing it goods and services. One big area where American companies can participate is in extraction, which is popular in the U.S. but not yet fully established in Canada, which currently imposes a THC limit and other barriers that effectively prohibit vape pens. Organigram (TSXV: OGI) (OTC: OGRMF), preparing for likely rule changes ahead, inked a deal last year with Colorado-based The Green Solution to use its intellectual property to develop products in Canada. CannaRoyalty (CSE: CRZ) (OTC: CNNRF) is developing a portfolio of intellectual property and brands with an emphasis on extraction, and it will likely license some of its IP to Aphria (TSX: APH) (OTC: APHQF). As far as ancillary exposure, Surna (OTC: SRNA) recently highlighted a deal to supply a late-stage ACMPR applicant with its HVAC equipment, and we have seen examples of U.S. consulting firms advising non-U.S. companies.

The bottom-line is that investors and business operators should be monitoring the rapidly changing global landscape for opportunities to participate in either international businesses directly or potential partnerships. Several public companies in the U.S. and beyond appear to be leveraged to this theme.