After the market closed, Pyxus International (NYSE: PYX), formerly Alliance One International, reported its fiscal 2020 Q3 financials. The overall performance was quite weak, but the cannabis business in particular weighed heavily on the results.

Revenue for the company plunged 31% compared to a year ago while operating expenses grew 10%. Consequently, the company reported operating income of just $8.1 million, down more than 79% from a year ago. Adjusted EBITDA fell 56% to $24.2 million.

The segment that includes cannabis operations, which the company calls “Other Products and Services” and includes a Canadian LP, a U.S. hemp operation and an e-liquids business, was a big drag on the financial performance. The adjusted EBITDA for the segment was -$15.9 million, with an operating loss of -$20.0 million. In the first half of the year, the segment had delivered adjusted EBITDA of $10.8 million, so the deterioration was substantial in Q3.

The 10-Q provided additional detail regarding the segment, with revenue of just $3.7 million declining almost 25% from a year ago and 38% from the prior quarter:

The company cited the timing of orders for cannabinoid products as well as a slowdown in its e-liquids business. Gross margin fell from 37% a year ago to -16% due to increased depreciation after the company expanded its Canadian production capacity as it added 210K sq. ft. of space. Operating expenses increased 85% due to spending to support the growth of its Canadian LP.

Pyxus faces solvency challenges, as the balance sheet, which shows equity of just $85.5 million (down from $203.5 million a year ago) is loaded with debt, including $580 million of short-term bank debt and $911 million of debt due in 2021. In the press release, the company mentioned that it is developing “plans for a potential partial monetization of interests in subsidiaries in the Other Products and Services segment”, meaning it is looking to sell of portions of these businesses, which include the Canadian LP, the CBD business and the e-liquids business. The segment assets as 12/31 amounted to $221 million. During the conference call, management didn’t provide any additional detail regarding its efforts to secure partial monetization.

It was just two years ago that the company announced its entry into the cannabis sector, which initially helped the stock price. In after-hours trading, the stock dipped as low as $5.81, near an all-time low of $5.78 set in mid-December, down over 19% from the close of $7.21 before recovering some of the losses. 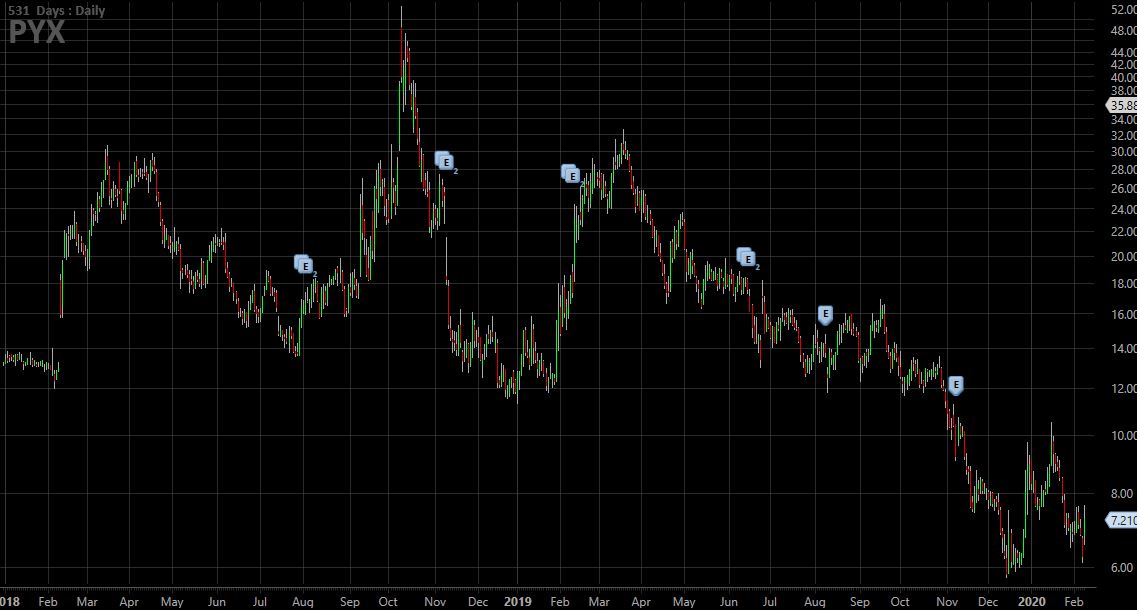 Cannabis Investors Should Be Careful with This Valuation Metric