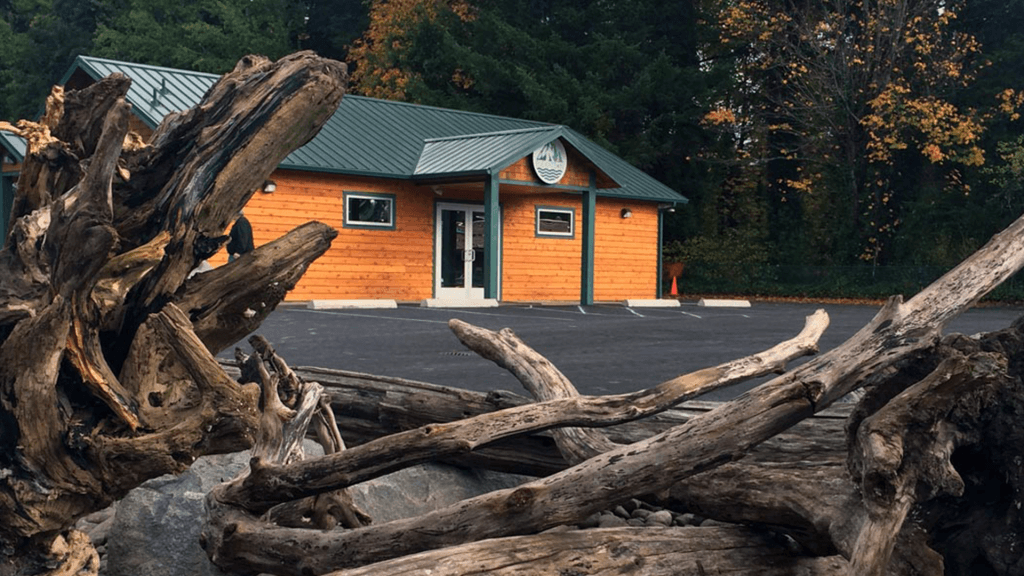 The Squaxin Island Tribe in Washington will make history on November 12th when it opens Elevation in Shelton.  Another Native American tribe, the Suquamish Tribe, had announced plans to open a recreational store after reaching an agreement with the State of Washington in September.  Here is the press release issued November 9th:

Kamilche, WA- The Squaxin Island Tribe announced today that the new retail marijuana store “Elevation” will open for business on the Squaxin Reservation at 4:20pm on Thursday November 12th. The Store is expected to be the first Tribal marijuana retailer of its kind to open in the U.S.

The store represents the culmination of years of discussion with the Liquor and Cannabis Board following Washington State voters’ decision to legalize marijuana in 2012. The Tribe has established a strict set of regulatory controls designed to prevent crime, protect safety, and prevent access by minors. Product sales are taxed by the Tribe with proceeds dedicated to essential government services. Through a compact with the State, the Tribe has worked to avoid jurisdictional gaps and present an integrated system of regulation to the public. Products sold at the store are legal under State and Tribal law, and tested, labeled and packaged in conformance with State safety regulations.

“This Tribe has a long history of working through jurisdictional issues with the State using cooperative agreements,” said Squaxin Councilman Jim Peters. “We’re pleased to be able to work with the State from the beginning on this one.”

Through its adoption of parallel laws and regulations and cooperative enforcement with the State, the Tribe has taken steps to make sure it meets the federal “Cole factors” for prosecutorial discretion, whose application in Indian Country was announced in the Wilkinson memo.

The store is located at 90 W State Route 108 in Kamilche, across the street from the Tribe’s Little Creek Casino Resort.

Hours of operation are 10am-8pm Sunday through Thursday, 10am-10pm Friday and Saturday.