Last year, New Cannabis Ventures was highly critical of a proposal by Terra Tech (OTC: TRTC) for shareholder vote that would have protected a certain class of shareholders from a potential reverse-split to be applied to common shares. The company quickly rescinded the proposal after our article and then suggested that it would change the terms of the B Preferred shares in late September.

Today, the company followed through and has legally changed the terms of the convertible preferred shares per an 8-K filing, fully resolving the issue:

With this issue resolved, shareholders no longer need to worry being disproportionately impacted in the event the company were to do a reverse split in the future, which CEO Derek Peterson has continually suggested that the company would do only in conjunction with a move to a higher trading exchange.

Terra Tech stock has been on a roller coaster over the past year and a half, rallying substantially following the announcement of the acquisition of Blum Oakland and then falling late in the year as the market peaked following the elections. The company issued very bullish guidance for 2017 earlier this year, suggesting total revenue of $38-40mm, but the stock remained pressured into the summer following the unlocking of shares issued in the Blum acquisition. 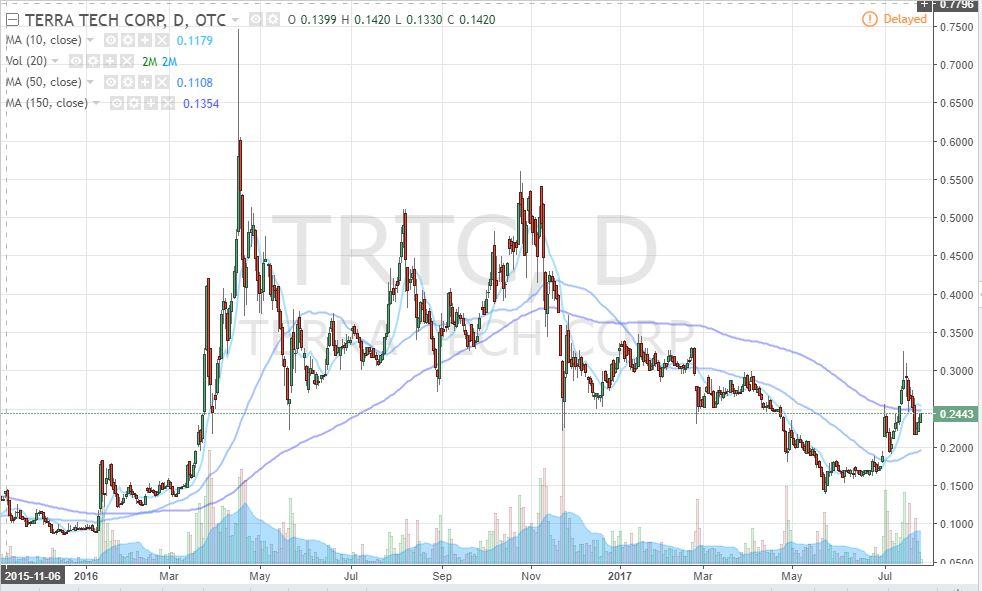