This is a copy of the September 2nd edition of our weekly Newsletter, which we have been publishing since October, 2015.

We were always expecting a fast and furious finish to the year, but the recent successful IPO of Tilray, the pending massive investment by Constellation Brands into Canopy Growth and the rampant rumors of other cross-industry and cross-border investments leave no doubt, as the dog-days of the summer ended up being anything but quiet. The quarterly financial filing season, which just finished up, showed the rapid pace of public company revenue generation, with now 25 companies generating quarterly sales in excess of US$2.5 million. We now  have 7 publicly-traded companies generating more than US$10 million a quarter in sales, and investors are taking notice.

The cannabis sector has attracted momentum traders, and, while many may debate valuations, there is little doubt that the fundamentals are strong and the potential for very large markets to develop is quite easy to grasp. During his prepared remarks this week on the iAnthus quarterly conference call, CEO Hadley Ford sized up just the U.S. market in terms of market cap, suggesting it is a trillion dollar opportunity based on a potential multiple of 5X sales of $200 billion within the next decade.

We are seeing the emergence of consolidators in the U.S. with an eye on this prize, and we expect this group to be more visible to the public in the coming months. Acreage Holdings, which has operations in 13 states, is looking to go public in the fall as what could be the largest market cap. Recall that it raised $100 million privately during the summer. There are several others evaluating going public or merging with another multi-state operator. The success of GTI and MedMen, both of which went public in June, certainly bodes well for their peers to do the same. On the ancillary side, we are aware that Hydrofarm is seeking to list on the NASDAQ. The list of new companies that have reached some scale already and are now going to be tapping the public markets is quite long.

In Canada, of course all eyes are on the 10/17 launch date for the world’s first federally legal consumer cannabis market in a major country, but there is a lot more ahead. We expect to see some of the other TSX-listed licensed producers list in the U.S. We also anticipate that investors may begin to focus on Canadian ancillary plays as well as retailers. Another interesting development is that CBD from hemp will finally be legal in Canada. It seems wise to explore who might benefit from this development. Finally, we note that it appears that the TSX-listed LPs have figured out how to pursue the U.S. market without risking their listings through the use of options on assets in the U.S. We are paying attention to developments like the spin-out by Aurora Cannabis of Australis Capital, for example. This could have profound implications for both Canadian LPs as well as U.S. operators. At the Benzinga Cannabis Capital Conference, CEO Vic Neufeld made it very clear that Aphria intends to be in the U.S.

Finally, we aren’t so sure Diageo will be buying an LP, instead perhaps partnering as Molson did, but there is no doubt that many companies are trying to get their cannabis strategy locked down now. We think by the end of the year the Canadian LPs  may have the first Big Pharma investment or acquisition, but perhaps we need odds on that bet!

So, rest up over the long weekend. It looks like we are going to be quite busy!

Michigan, a state with a population of 10 million, is in the process of going from an unregulated market to one that is highly regulated, a situation somewhat similar to California’s recent transition. Green Peak Innovations, which recently disclosed a major real estate transaction with publicly-traded REIT Innovative Industrial Properties, is one of the first Michigan medical cannabis operators to to receive pre-approval for vertical integration. 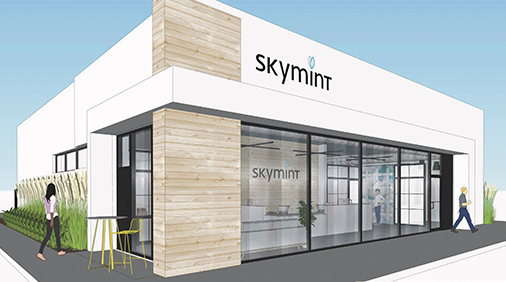 To learn more, visit the company’s page on New Cannabis Ventures and click the green Get More Info button.