After 12 consecutive monthly declines, the Global Cannabis Stock Index lost 0.2% in March, closing at 28.25 to extend the streak to 13 months. 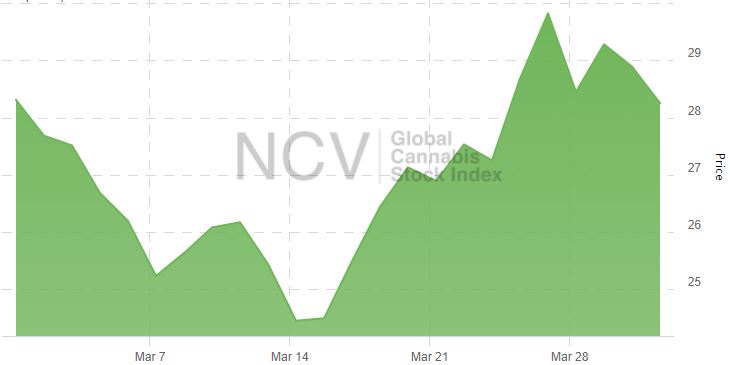 The strongest 4 names in March all gained at least 13%:

WM Technology was one of the strongest names in February as well, and it rose 30.8% during Q1. Tilray has gained 10.5% thus far in 2022. cbdMD, one of the weaker names in February, has declined 3.7% this year. urban-gro’s strong month pushed its year-to-date return to 2.5%.

The 4 weakest names in March all declined by more than 17%: