Let’s face it, when it comes to cannabis stocks, Canada continues to crush the United States, where federal illegality makes it more difficult to operate and to raise capital. While it looked like ETF Managers Group was going to have the first cannabis exchange-traded fund (ETF), Emerging AgroSphere ETF, when it filed its registration statement with the SEC on February 16th, Canadian Horizons ETF Management, a division of Mirae Asset Global Investments, looks to be the winner, as its Horizons Medical Marijuana Life Sciences ETF (TSX: HMMJ) will begin trading on April 5th on the Toronto Stock Exchange. The good news is that HMMJ appears to be constructed significantly better than its potential rival. 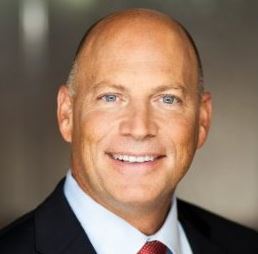 We view the first cannabis ETF as a major milestone for the cannabis industry, and we can appreciate how investors desire an easy way to participate in the growth of the industry, but HMMJ has several shortcomings that leave us unable to recommend it except to investors with very small amounts of money to invest. Our concerns are that the fund lacks diversification and that it has stretched by including names that simply don’t belong.

The company, which has over $7 billion of assets under management and 76 ETFs listed on the TSX, has provided a prospectus that explains how the fund works. It attempts to replicate the Solactive North American Medical Marijuana Index, which was created on March 2nd.

The North American Medical Marijuana Index tracks the performance of a basket of North American publicly listed companies with significant business activities in the marijuana industry. A company is deemed to be eligible for inclusion in the index by the Index Provider if the company is a producer and/or supplier of medical marijuana and/or medical cannabis, biotechnology companies that are engaged in research and development of cannabinoids, companies that offer hydroponics supplies and equipment clearly aiming to increase efficiency in marijuana cultivation and companies mainly engaged in leasing property to medical-use cannabis growers.The index is calculated as a gross total return index in CAD and adjusted quarterly.

The rules for the index are explained here, and the important ones are that it is rebalanced quarterly (next rebalancing is on June 16th), the weighting at the time of rebalancing is capped at 10% (a good idea) and eligible securities must have a minimum market capitalization of C$75mm, minimum monthly daily value traded of at least C$250K and a minimum average monthly daily volume shares traded of 75K.

We note that the top 6 names comprise 60% of the index, making it fairly easy for an investor to copy it inexpensively rather than paying the .75% management fee. Unless one is investing an amount less than $10,000 or so, it is likely cheaper to pick these largest names, though for traders with shorter time-frames, this is not true, as the basket will be cheaper to trade than the underlying stocks, assuming the fund has reasonable liquidity. Still, from an investor’s perspective, this is a highly concentrated portfolio, with the top 10 names representing over 84% of the ETF.

Our second observation is that several of the selections are odd. INSY, which is under heavy scrutiny from the government for its alleged marketing practices and is also restating its financials, and ZYNE are biotech companies engaged in the development of drugs derived synthetically and not from botanical cannabis. Rather than being “medical marijuana” companies, their success may come at the detriment of the medical cannabis industry. SMG is certainly supplying the cannabis industry after a series of acquisitions, but the total size of this business relative to the core business is quite small at about 10% of sales. Investors looking to invest in ‘grass’ are buying a totally different kind! Inclusion of these stocks dilutes the offering.

A final criticism is not limited to just HMMJ but all index funds, as they inherently support momentum trading. The better a stock performs, the more weight it has in the index, especially the further it gets from the rebalancing date. For example, while a stock may begin with a 10% weighting, if it doubles while the rest of the market is flat, which is essentially what happened with MJN.V earlier this year, then those that buy the ETF end up taking on an outsized position at what might be an inflated price. This is compounded in HMMJ due to the limited number of stocks in the index.

The market for publicly-traded cannabis stocks is evolving rapidly, and the HMMJ offering is certainly a step in the right direction despite our concerns about lack of diversification and the inclusion of some stocks that we find inappropriate. We think investors interested in cannabis stocks may be better served by doing some due diligence and creating their own portfolios, but HMMJ could appeal to smaller investors who are able to invest with convenience and potential cost-savings relative to spending commission dollars to replicate the index on their own as well as to traders, if the liquidity proves to be adequate. We plan to follow up after HMMJ begins trading. Please let us know what you think of this ETF by posting in our LinkedIn Group, Cannabis Investors & Entrepreneurs.