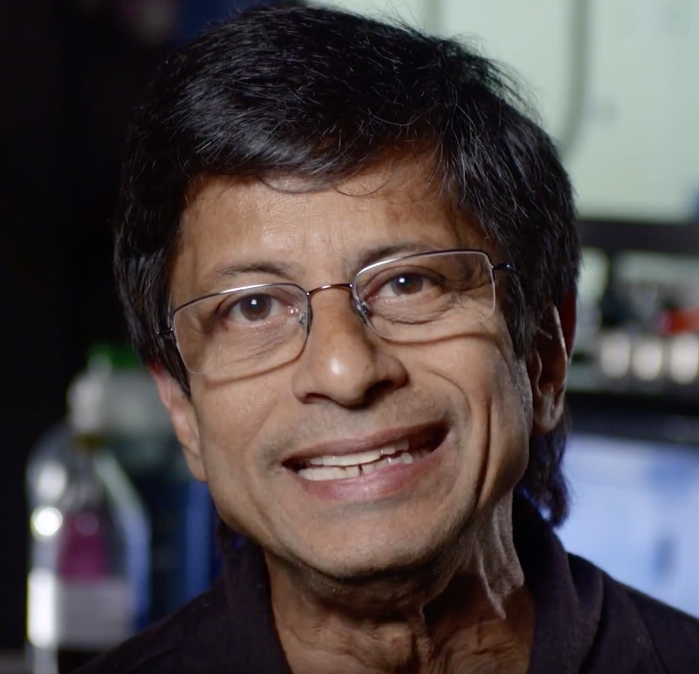 Cannabis biotech company Infusion Biosciences has developed technology that recovers cannabinoids, terpenes, and other molecules in the cannabis plant in a water-soluble form. This unique technology opens the door for application in the cannabis beverage space, and, with a recent deal with Sproutly (CSE: SPR) (OTC: SRUTF), the company is ready to begin commercializing its products. Co-founder and CEO Arup Sen, PhD, spoke with New Cannabis Ventures about how his company’s technology works and how he believes it will launch Infusion Biosciences to the forefront of the cannabis beverage market.

Dr. Sen, a biochemist by training, started his career in academia, but the majority of his work has been done in the biotech and pharmaceutical space. In the mid-2000s, he became interested in nutriceuticals and developing water-soluble forms of vitamins and minerals, as well as different plants. A few years ago, a colleague expressed interest in the cannabis space, and Dr. Sen began to explore the applications of his research. He and his Florida-based team discovered they were able to recover significant amounts of cannabis molecules in a water-soluble form, which led to the founding of Infusion Biosciences.

Infusion Biosciences’ Aqueous Phytorecovery Process (APP) technology is the foundation of its two products: Infuz2O and Bio-Natural Oils. Infuz2O, a water-soluble form of cannabis molecules, has a wide variety of beverage applications ranging from non-alcoholic beer and wine to energy drinks. The technology allows for a rapid onset of effect, less than five minutes, and a rapid offset, less than 90 minutes. Bio-Natural Oils are similar to other oils developed in the industry, but the company’s approach allows for plant and strain specificity. 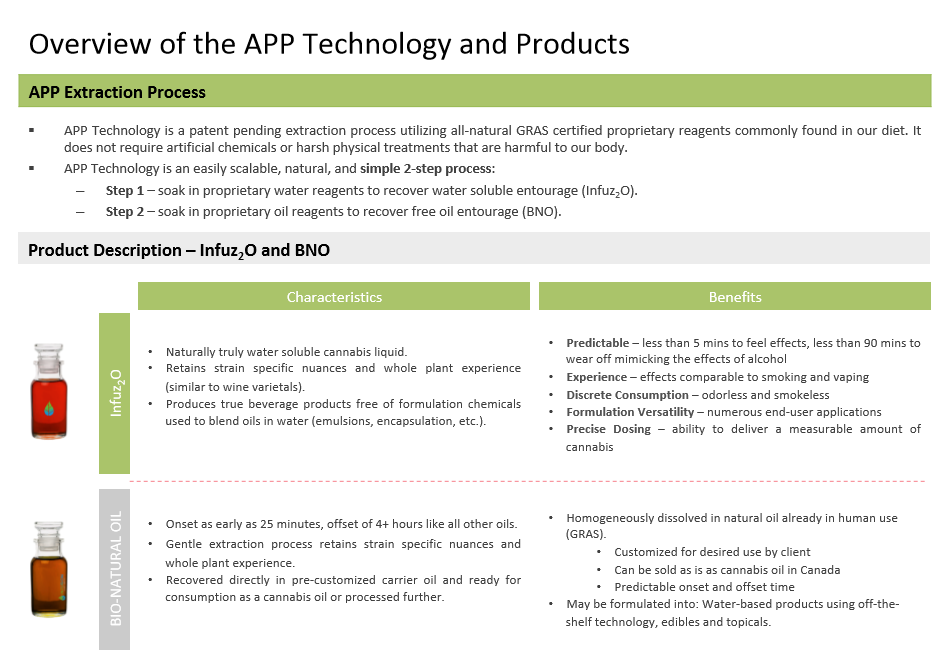 Dr. Sen and his co-founder largely self-funded Infusion Biosciences with a total outside raise of less than a million dollars. This summer, Sproutly acquired Infusion Biosciences Canada through a combination of stock and cash, a total of somewhere between $40 million and $50 million. It is this cash infusion that is allowing the company to focus on commercializing its products. Following the deal, Dr. Sen became Chief Scientific Officer of Sproutly, as well as a board member, and shifted his focus to realize the commercial potential of his company’s products.

Right now, Sproutly has 11 employees, and the company is in the process of adding executive roles for people with experience in the beverage industry. As processing for Infuz2O begins, the company will likely add approximately six more employees, but Dr. Sen foresees maintaining lean personnel to drive controlled growth and maximized margins. He anticipates Infusion Biosciences will be successful because it has the ability to easily, reliably, and cost-effectively commercialize its products.

Infusion Biosciences’ current footprint is in the eastern provinces of Canada. The company has its cultivation license and anticipates soon receiving its production and sales license. Health Canada has yet to approve cannabis beverages, but the company is finishing its formulations and taste testing in advance of eventual approval. The company has plans to both develop and market its own line of beverages, as well as edibles made with its Bio-Natural Oils, and execute select licensing agreements and joint ventures with other companies. Dr. Sen anticipates this approach will mean Infusion Biosciences will not need to raise any outside capital in the foreseeable future.

The company will operate only in markets where cannabis is federally legal, and it is already eyeing international growth. Dr. Sen expects Infusion Biosciences will announce a few joint ventures in international territories within the next 30 to 60 days. He hopes to have a presence in markets like Jamaica, Israel, and Australia.

Although federal legality in the United States remains uncertain, Infusion Biosciences is thinking ahead. The company aims to acquire assets in the U.S., consolidate them, and take that entity public when the time comes.

For Dr. Sen, one of the largest challenges in the cannabis industry is the lack of reliable, quality science, largely related to its longstanding Schedule I status. He is concerned that unsubstantiated claims about the benefits of cannabis could ultimately hurt the industry. But, as more reliable science research takes place, he sees cannabis as a significant opportunity to combat the opioid crisis.

To learn more, visit the Infusion Biosciences website. Listen to the entire interview: