44 companies currently qualify for inclusion, with 29 filing in U.S dollars and 15 in the Canadian currency, which is up from 42 when we reported a month ago due to two additions,  Florida operator Liberty Health Sciences (CSE: LHS) (OTC: LHSIF) and Canadian extraction LP Valens GroWorks (TSX: VGW) (OTC: VGWCF).

For companies that report in U.S. dollars, only MedMen (CSE: MMEN) (OTC: MMNFF) filed financials in October, with sales growing 15% in its Q4 compared to the prior quarter and 104% from a year ago. The adjusted operating loss of almost $53 million declined modestly from Q3. 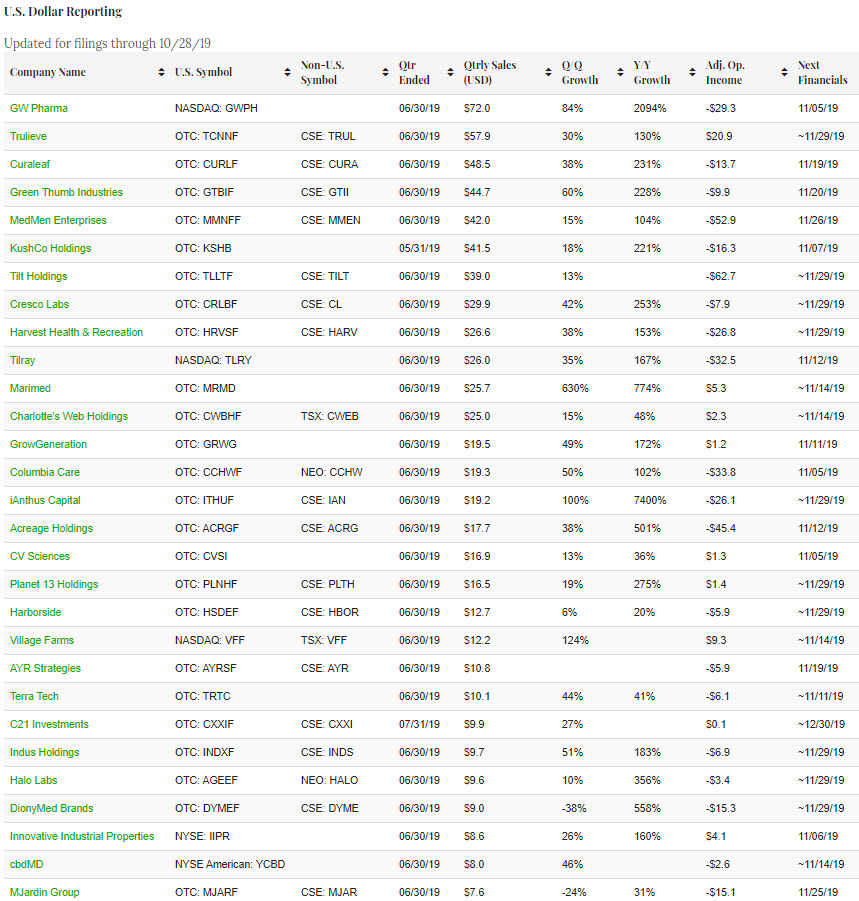 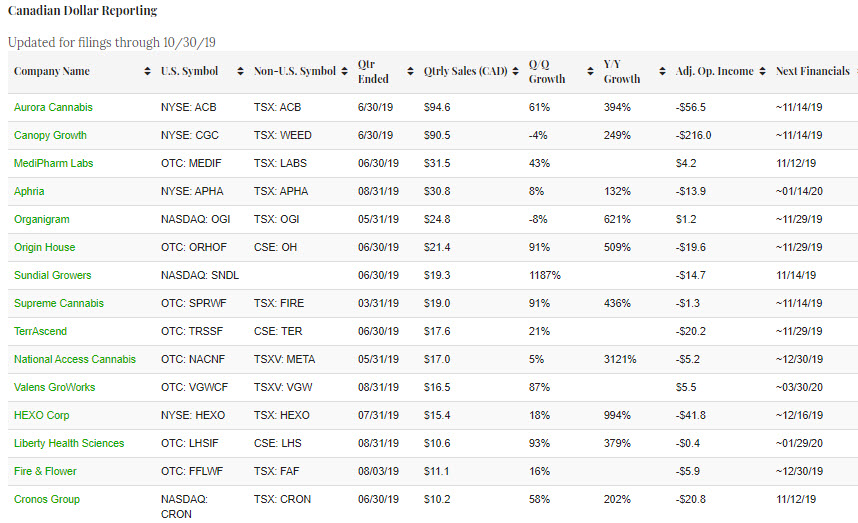 Most of the companies that report in Canadian dollars will be filing financials in November, including four of the top five LPs on the list. Aurora Cannabis (TSX: ACB) (NYSE: ACB) is expected to report total revenue, according to Sentieo, of C$96.7 million, down about 2% from its Q4. Canopy Growth (TSX: WEED) (NYSE: CGC) could regain the lead among LPs, as it is expected to report Q2 revenue of C$117 million, which would represent 29% sequential growth. MediPharm Labs (TSX: LABS) (OTC: MEDIF), which reports on November 12th, is expected to have generated Q3 sales of C$42 million, which would be 34% above Q2. Finally, Organigram (TSX: OGI) (NASDAQ: OGI) reports its fiscal Q4 ending in August, and the company is expected to grow revenue sequentially by 21% to C$29.9 million.