OLYMPIA – The Washington State Liquor and Cannabis Board (WSLCB) today announced its selection of technology company Franwell as the Apparent Successful Vendor (ASV) to replace the existing seed-to-sale traceability system in Washington State. Franwell’s traceability software product, Marijuana Enforcement Tracking Compliance (METRC), is currently used in several states including states with recreational systems such as Colorado, Oregon, and Alaska. An ASV is the procurement term used for the highest scoring, responsive vendor. The contract has not yet been officially awarded as negotiations have not yet occurred.

Over the last four years we have learned a lot about this industry, including aspects to the industry that were unknown when the current traceability system was implemented. The number of changes we would like to make to the existing system is beyond the scope of our existing contract. We need a system that will grow and flex with Washington’s maturing marijuana system. 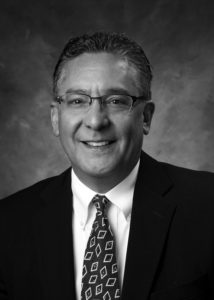 Franwell was one of seven companies that submitted responsive bids to the WSLCB for consideration. The agency narrowed down to three finalists. Those companies each presented day-long presentations and software demonstrations to WSLCB staff last week. In addition, the WSLCB worked with a team of industry members nominated by trade associations to provide input during the Request for Proposals development phase. Those members will see a product demonstration at the next meeting in early June.

A so-called seed-to-sale tracking system traces all activity of marijuana from when the plant is eight inches tall throughout harvest, sales to processors and ends at retail. States employ traceability systems to demonstrate compliance with the Department of Justice Cole Memo, which provides guidance to states about federal marijuana enforcement priorities. Marijuana remains a federal Schedule 1 controlled substance.

The WSLCB will transition to the new traceability system no later than Oct. 31, 2017.

The mission of the Washington State Liquor and Cannabis Board is to promote public safety and trust through fair administration and enforcement of liquor, tobacco and marijuana laws.