Horizons Marijuana Life Sciences Index ETF (TSX: HMMJ) (OTC: HMLSF) has been hit hard over the past two weeks, declining 8.4% since July 26th despite what has been a stable market for the cannabis sector as measured by my proprietary Cannabis Stock Index, which is roughly unchanged. The ETF, which has over C$120mm in assets, is trading more than 12% below the $10.00 IPO price from April. 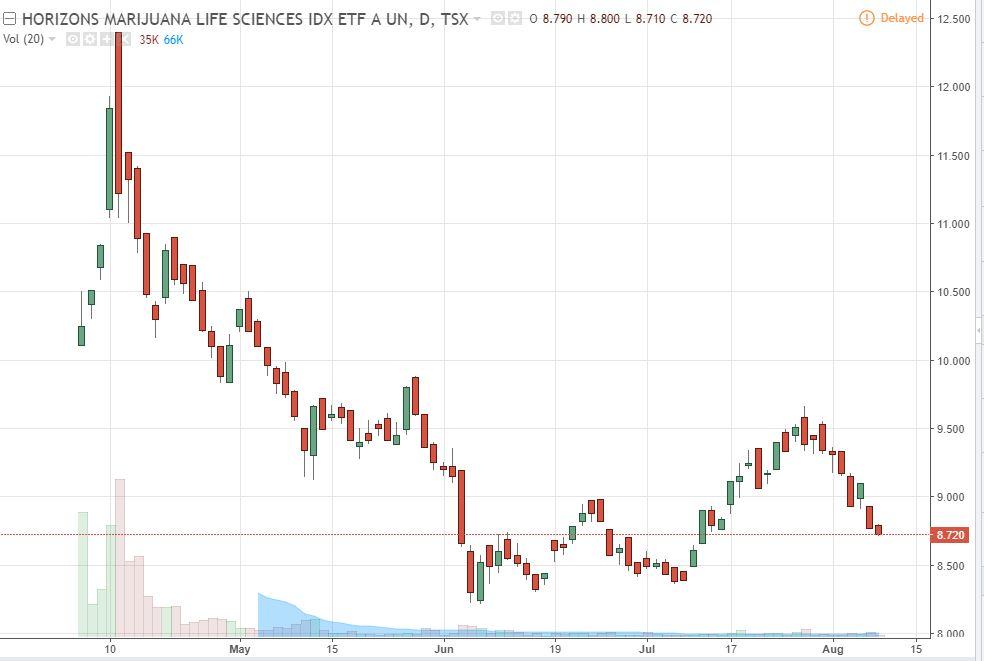 When the pioneer fund debuted, we pointed to our disappointment with the composition of the ETF (and its index), as it doesn’t really represent the industry. From a high level, it is heavily weighted towards Canadian LPs, but it includes an almost equally large exposure to cannabis or cannabis-related biotech companies, including Arena Pharmaceuticals (NASDAQ: ARNA), which we believe is totally inappropriate, and GW Pharma (NASDAQ: GWPH), Insys Therapeutics (NASDAQ: INSY) and Zynerba (NASDAQ: ZYNE), all of which are under pressure.

HMMJ posts its holdings daily, and the top 10 holdings represent 77% of the fund: 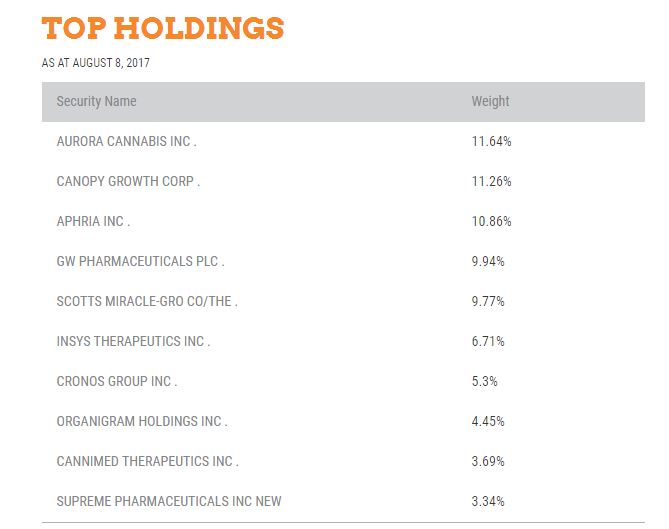 The recent sharp declines in GWPH, INSY and ZYNE have hurt HMMJ over the past two weeks: 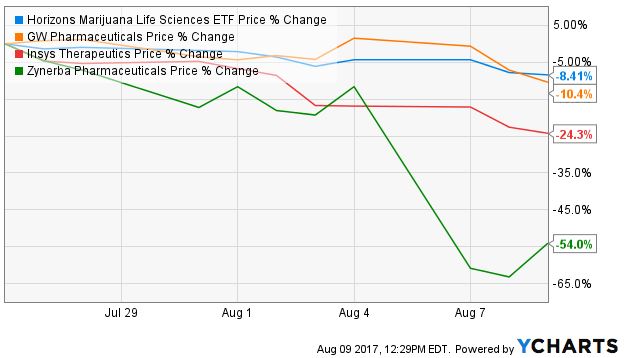 For those who want to invest in the cannabis sector, we continue to see HMMJ as an expensive way to do so given the 0.75% annual management fee. More importantly, investors can build a better portfolio by selecting among the Canadian LPs and perhaps considering names more leveraged to the U.S. state-legal cannabis market. New Cannabis Ventures recently began publishing and updating a public company revenue ranking as a resource that may prove helpful for those investigating cannabis stocks for potential investment.