Amanda Chicago Lewis shared some interesting predictions in Rolling Stone on Friday, discussing marijuana lounges, a potential “bloodbath” in California, the end of characterizing strains as “indica” or “sativa” and more. One topic she covered is “Canada takes over the world”, which pointed to the much easier access to capital enjoyed by Canadian companies compared to U.S. cannabis producers. She included a comment from Kris Krane, President and Co-Founder of 4Front:

These Canadian companies have access to money that no one in the U.S. has, and they’re going to kill us. We’re ceding the future of the industry to Canada. They’re going to buy everybody. 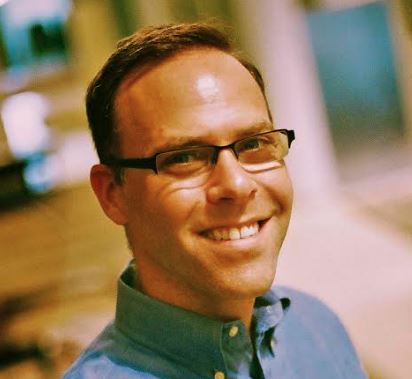 Readers of the article may not appreciate exactly what Krane was suggesting, but he is pointing to one of the biggest stories in the industry in 2017, with several publicly-traded companies listed primarily on the Canadian Securities Exchange but also in the United States, including Golden Leaf Holdings (CSE: GLH) (OTC: GLDFF),  iAnthus Capital (CSE: IAN), Liberty Health Sciences (CSE: LHS) (OTC: LHSIF) and MPX Bioceutical (CSE: MPX) (OTC: MPXEF). These companies have all raised and deployed considerable amounts of equity capital in 2017 and operate vertically-integrated cannabis businesses in one or more states. There are other companies in the process of becoming vertically integrated, and Friday Night Inc. (CSE: TGIF) (OTC: TGIFF), which operates in Nevada, announced a merger with Body & Mind (CSE: BAMM) OTC: BMMJ), another Nevada cultivator/processor that just went public. In full disclosure, 4Front and iAnthus, Liberty and MPX are clients of New Cannabis Ventures.

It’s interesting how the Canadian public markets have become a significant funding source for the U.S. cannabis industry, especially as the ownership structure doesn’t afford any protection from federal seizure, which is the main reason direct cannabis companies struggle to raise money. The driving force behind this trend is that Canada, on the back of the tremendous success in the funding of its own cannabis industry, which is federally legal for medicinal purposes and soon for adult use, has seen the creation of a group of middle-tier investment banks willing to serve the industry, including companies like Beacon Securities, Canaccord, Eight Capital, GMP Securities, M Partners and PI Financial. Here in the U.S., only Cowen and Company officially covers the industry, and they have not helped any public U.S. companies raise capital to date.

In 2017, we have seen some early signs of improvement among U.S. direct and ancillary cannabis companies raising capital domestically. In the public markets, while it is still a challenge compared to the “bought deals” in Canada that have been as high as C$100mm for Canadian licensed producers, it has been interesting to see Terra Tech (OTC: TRTC), which operates in California and Nevada, improve the terms and size of its capital raises. The company has an S-3 registration statement that went effective in January. In August, it announced a convertible note deal in which it would borrow $16.5mm in three tranches over an eight-month period. Under the terms, the conversion price is at a maximum of a fixed price or 85% of a formula-based price, slightly better than the 83.5% in a $7.051mm issuance in October 2016.  In all of 2016, the company was able to raise $23mm through the issuance of common stock, convertible notes and warrant exercises. Through September, the company had already raised $15.8mm before the most recent borrowing of $5.5mm and any warrant or option exercises during the quarter, suggesting an expansion in the total capital raised.

In late 2016, Innovative Industrial Properties (NYSE: IIPR), the first and still only publicly-traded REIT focused on the cannabis industry, struggled with its IPO, dramatically reducing its size. A year later, the stock price finally cleared the $20 IPO level, the company deployed capital and raised more through a perpetual preferred share offering and now has an S-3 registration statement to sell up to $100mm in securities that went effective in December, suggesting that the company will be looking to raise additional capital in the new year. Kush Bottles (OTC: KSHB), which has traditionally funded itself by selling discounted shares in private placements, recently filed an S-3 registration to sell up to $100mm in securities that should allow it to more effectively raise capital. GrowGeneration (OTC: GRWG) raised $2mm by selling units at $2.00, with shares and $2.75 warrants, in May, when its stock was trading below $2.00, using GVC Capital as its placement agent.

While there was a trend towards modest improvement in capital raising by U.S. cannabis and ancillary companies, a notable exception was General Cannabis, which did what can be described only as an atrocious deal. With the stock trading well above $1.30, it sold 725K units at $1.00 in early October. If this were shares sold via private placement, it would have been viewed as a decent capital raise, but the units included 725K warrants at $0.50! Worse, they sold more shares after the stock had rallied sharply, increasing the offering to $3.75mm and also issuing 250K units in exchange for prior debts. The stock price on the second closing on 12/15 was $3.50, meaning that those who bought units at $1 with shares and $0.50 warrants were buying at a discount of almost 80% to the market price based on a total cost of $0.75 per share. Unfortunately, this isn’t the first time the company has done such a horrible financing, and it seems like the company funds itself for the benefit of a few investors rather than pursuing capital on reasonable terms. The 2016 capital raise ultimately hurt the stock price badly, as I predicted in advance, and investors should be cautious on this one when the current rally ends unless all of the warrants between $0.35 and $0.70 get exercised.

With the recent sharp rally in cannabis stocks and a year that will see multiple catalysts, including not only the California legalization but also Massachusetts, the first East Coast state to do so, as well as potentially several other states pursuing legalization through the legislative process, including New Jersey as Lewis mentioned in her article, I think that both public and private cannabis companies will finally have an easier time raising capital. We are planning to publish an exclusive story in about two weeks that will serve as a good example of a private company capital raise, similar to the update we provided on GTI earlier this year. With that said, while I anticipate better times ahead for U.S. companies raising capital, I expect to see the Canadian investment bankers continue to funnel money into the U.S. as well. I am aware of several Canadian companies with U.S. operations that expect to begin trading in early 2018. Whatever the source of capital, the industry is poised to benefit from the investments.