Publicly-traded Timberland Bancorp (NASDAQ: TSBK) is the holding company for Timberland Bank, which opened for business in 1915 and serves consumers and businesses across Grays Harbor, Thurston, Pierce, King, Kitsap and Lewis counties, Washington with a full range of lending and deposit services through its 22 branches. The company filed its 10-Q with the SEC today and admitted that its recent success is partially attributable to the cannabis industry:

The numbers aren’t huge, but perhaps 3% of the company’s overall net income of $2.4mm during the quarter came from the service fees, depending upon any additional costs incurred by the bank to service the accounts.

While the fact that the bank is willing to provide services to the cannabis industry isn’t likely the reason for Timberland Bancorp’s strong performance in the stock market over the past 5 years, perhaps other banks will take notice and embrace a more liberal policy when it comes to dealing with cannabis companies. 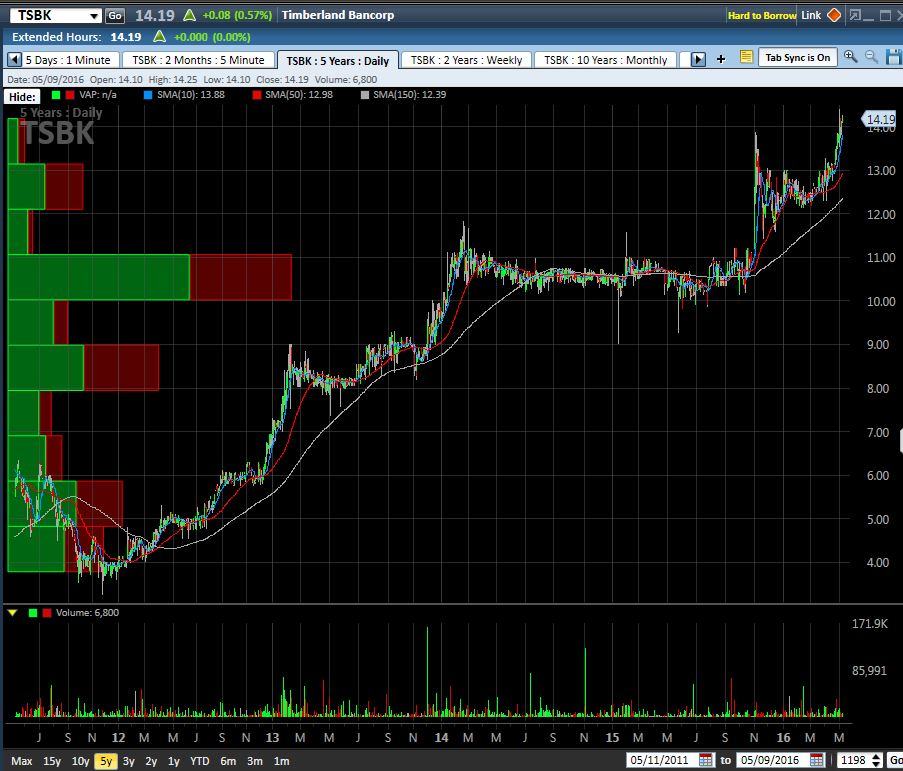