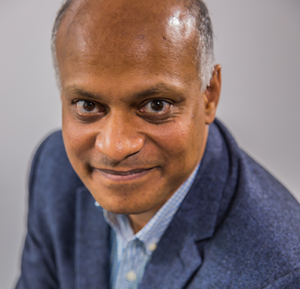 The Green Organic Dutchman (TSX: TGOD) (OTC:TGODF) is aiming for a production footprint of over 1 million square feet and global dominance as an organic cannabis brand. CEO Brian Athaide spoke with New Cannabis Ventures about the company’s current footprint, international expansion, and its recent IPO.

One of just two certified organic cannabis producers, TGOD does not use any synthetic fertilizers or chemical pesticides. Why organic? Athaide points to the significant market opportunity. Consumers care about buying organic. Amazon invested billions of dollars in organic grocer Whole Foods, and research from Hill+Knowlton Strategies found 57 percent of medical patients prefer organic cannabis, while 43 percent of recreational users prefer organic, according to Athaide. Not everyone with that preference will pay a premium to buy organic cannabis, but there remains a significant market that will. It is this market that TGOD aims to dominate.

Athaide, recently stepping into the CEO role, has a decades-long career that includes years with Proctor & Gamble and then publically traded wine company Andrew Peller. His experience with consumer packaged goods and the highly regulated alcohol industry forms a natural bridge to the cannabis industry. He works alongside a senior executive team that has a combined 125 years of experience ranging across pharma, retail, finance, beverages, and capital markets.

The Green Organic Dutchman is investing a lot in research and development to create a brand with higher efficacy and consistency, qualities necessary to demand a loyal consumer following. To support its R&D efforts, the company is seeking to license technology. For example, the company has executed a licensing agreement with Stillwater Brands, which gives exclusive rights to RIPPLE Soluble Cannabinoids. The water-soluble powder will be a significant part of the company’s high-priority beverage strategy.

The Planning Committee of the Council voted to approve the zoning change necessary for TGOD to move forward with expansion, but the Hamilton City Council rejected the vote. The company plans to appeal through the Local Planning Appeal Tribunal, but it is prepared for a strategic pivot. If necessary, the company could shift the 6.5 percent of its funded production capacity planned for the rezoned greenhouse from Ontario to its Valleyfield, Quebec facility.

TGOD has a significant start on its global aspirations with a presence in Jamaica, Denmark, and Poland. The company purchased 49 percent of vertically integrated cannabis company Epican Medicinals in Jamaica. Through that partnership, the company opened a retail location in Kingston, plans to open four more stores by the end of the year, and is developing an export cultivation field.

In Denmark, the company has a letter of intent to form a joint venture with Knud Jepsen, a company with years of experience in the flower and greenhouse experience. This partnership would open the door to cultivation, genetics, and R&D benefits, according to Athaide.

In Poland, TGOD has signed a definitive agreement to acquire CBD oil producer HemPoland, which is currently selling oil made from industrial hemp in 13 European countries. The company is investing an additional $10 million in HemPoland to support the rapid expansion of brand distribution across different markets.

Looking forward, the company’s primary international interest will be in markets with federally legal frameworks for medical cannabis. Latin American and additional European markets are of particular interest.

In May, the company completed its successful IPO with significant participation from Aurora Cannabis, which has invested $78 million in TGOD. Aurora has an offtake agreement of 20 percent of TGOD’s Canadian production, an agreement that has the potential to go up to 30 percent. Additionally, the company is partnered with Aurora Larssen Projects, which is building the Valleyfield, Quebec facility.

The Green Organic Dutchman has raised more than $350 million to date, which means the company is fully funded for its current expansion plans.

Athaide believes the company has a differentiated model, the funding to support that model, and the leadership to execute it. Going forward, he will be steering the company through regulatory changes to take advantage of the significant growth opportunities in Canada and international markets.

Listen to the entire interview. The Green Organic Dutchman is a client of New Cannabis Ventures:

The Green Organic Dutchman to Merge With BZAM Cannabis