This is a copy of the May 5th edition of our weekly Newsletter, which we have been publishing since October 2015.

While mainstream companies are in the thick of “earnings season” for Q1, the cannabis industry just wrapped up the end of Q4 reporting, or at least it was supposed to have done so. April 30th marked the filing deadline for companies listed in Canada to submit financials, and many companies did so at the last minute or even a bit late, and several still haven’t filed despite four months having passed since year-end. One would think that’s enough time, but, due to the reliance upon a single auditor by most U.S. cannabis companies listed on the CSE that apparently overextended itself, some operators were not able to provide audited statements by the deadline.

Because of federal illegality, most audit firms won’t touch U.S. cannabis operators. The only major auditor in Canada that will provide the service to the many publicly-traded companies is MNP, though they are not the only service provider. We aren’t sure exactly what happened, but the jump in new public issues late in 2018 along with the many complexities of reverse-merger accounting and fair value adjustment of biological assets appears to have left the firm unable to complete all of the audits it promised based on many conversations we had this week. Several companies that met the deadline did so just barely, and, quite frankly, this industry moves so fast that looking at December financials in late April is not that helpful.

The month of May will see a flood of quarterly filings for the quarter than ended in March, with the deadline in mid-May for U.S. listed companies and May 30th for those listed in Canada.  Fortunately, as these aren’t audited, the last-minute or late filing challenges of this past week won’t be repeated. Looking ahead, though, the trend towards U.S. companies going public via the CSE may be impacted by this critical bottleneck. Unless MNP is able to devote more resources to the sector or other auditors are willing to do the work along with them, companies looking to go public may have to deal with this issue. For investors, these delays appears to have impacted some of the stock prices during the week. Analysts should perhaps consider that an overworked auditor may possibly miss something in the rushed process.

Hopefully the challenges the accounting firms faced for 2018 audits will lead to improved processes for next-year. One benefit to the SAFE Banking Act would be to make it easier for firms to provide audits to the American operators. If the audit bottleneck persists, many companies pursuing the public option may need to reconsider.

American cannabis operator Vireo Health quietly began trading publicly on the CSE on March 20th, but it has been building its brand since 2012 with a distinct focus on science. Noted for having won 1 of 2 medical cannabis licenses in Minnesota and then one of the first 5 New York licenses, it now has a 10-state footprint that spans the country and Puerto Rico and is positioned to win additional licenses in highly competitive merit-based medical cannabis markets. The physician-led company, which is focused on prudent capital allocation as it enters new markets, is committed to differentiating itself by building a disruptive intellectual property portfolio. Vireo also holds two hemp production licenses. 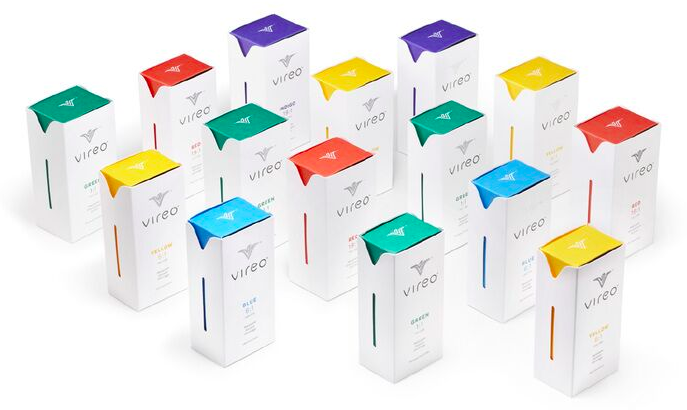 To learn more about Vireo Health, a client of New Cannabis Ventures, visit the company’s Investor Dashboard that we maintain on its behalf and click the blue Follow Company button in order to stay up to date with their progress.