As the American cannabis industry has begun to adjust to the new reality of operational challenges related to COVID-19 and an even tougher capital raising environment, most management teams have been focused internally as they attempt to reposition their operations, cut costs where they can, raise capital, if possible, and make tough decisions about their geographic footprint, which, for many companies, is just too broad given their limited resources. Several companies have announced plans to focus on a narrower set of assets, with Acreage Holdings and Harvest Health & Recreation, for example, exiting certain markets by shutting down operations.

Those companies with substantial debt and negative cash flow need to move very quickly. MedMen announced plans a few months ago to sell its assets in Arizona and Illinois, and it closed on the Illinois cultivation asset only thus far. iAnthus Capital, which defaulted on its debt obligations earlier this month, has apparently been shopping its assets.

We anticipate a wave of mergers and acquisitions ahead, but we believe the focus will be divestitures by multi-state operators (MSOs) rather than mergers of entire companies, which are challenging due to the complexity of regulations by state. Florida, for example, permits a company to own only one license, which would make acquiring MedMen or iAnthus difficult for any company already operating in the state. Nevada has locked down license transfers, making asset sales in that state very challenging, for now.

Looking at the largest publicly traded operators, all with market caps in excess of $1 billion, we believe they will be looking to selectively consolidate. Curaleaf has been aggressive to date on this front and is likely to participate in further industry consolidation. We recently asked Trulieve CEO Kim Rivers about the company’s potential to engage in M&A, and she told us that her team looked at more than 40 deals last year and passed, but the company continues to look for the right cultural fit and a deal that makes sense for it financially. Cresco Labs and Green Thumb Industries have suggested that they would look to add assets within their existing footprints. All of these companies have enjoyed good access to capital, including equity and debt as well as sale/leasebacks. There are also few SPACs that could step in as well.

Beyond the largest MSOs stepping in to buy selective assets, we think some others may look to swap assets in order to reduce their complexity and improve their profitability. For example, if two companies both have operations in Arizona and Pennsylvania, one might buy the Arizona operations from the other and sell them their Pennsylvania operations.

While reverse-mergers into small publicly traded cannabis operators hasn’t been a great strategy to date, this is something we think could gain interest. Over the past couple of years, 4Front Ventures merged into Cannex, and Green Growth Brands merged into Xanthic. More recently, we note that BR Brands announced such a transaction with its related-party, Dixie Brands. We are aware of several well-capitalized private MSOs, and there are a few smaller publicly traded companies that might serve as good merger partners that would allow them to go public.

We also expect new capital providers to step in. We shared recently the example of Indus Holdings selling control to investors at a deeply discounted price. “Deeply discounted price” is likely to be the theme ahead in general, as we expect the assets for sale to dwarf the potential buyers, at least in the near-term.

We suggest that investors in financially troubled cannabis companies factor in the current market conditions, which will press these companies with respect to the value they might receive. Further, cannabis deals are difficult to close in even normal times. Some of these companies may run out of time.

While distressed companies are facing many headwinds, the flip-side is that the better capitalized companies and investors are in a position to not only pick up bargains but also to likely face reduced competition in the future. While it’s not yet clear how this will play out exactly, one this is certain: The bankers who booked all the fees selling stock and debt over the past few years are in a position now to rake it in again on investment banking fees.

With the appointment of Jason Ackerman as CEO to lead its NYC-based senior management team, TerrAscend is progressing towards its goal of becoming a leading North American cannabis company. Today, the company is focused on a narrow geographic footprint that includes California and Utah in the West and Pennsylvania and New Jersey in the East along with Canada as well as a national hemp-derived product offering. TerrAscend is supported by Canopy Growth, which added to its equity investment with a C$80.5 million nine-year loan at 6.10% that was announced in March. 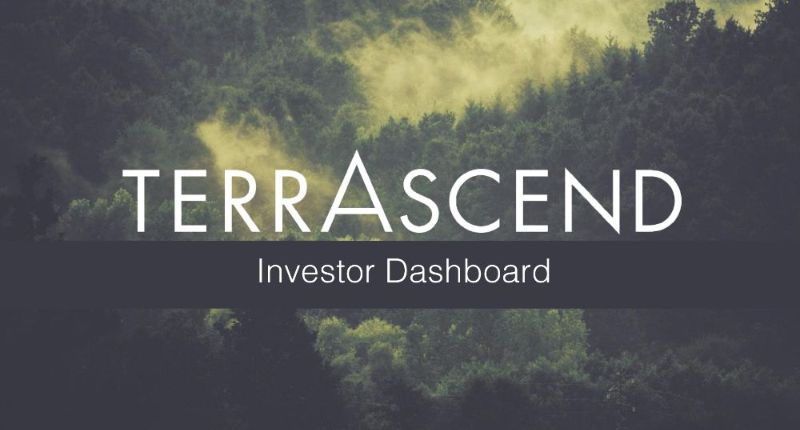 Get up to speed by visiting the TerrAscend Investor Dashboard that we maintain on their behalf as a client of New Cannabis Ventures. Click the blue Follow Company button in order to stay up to date with their progress.