Trulieve shared a very interesting table in its 10-K annual report filing detailing its provision for federal taxes. In the past, it had posted its tax provision and had mentioned how IRC Section 280E has an impact. For those not familiar with 280E, it is a federal statute that disqualifies all expenses beyond cost of goods sold for businesses involved in trafficking of Schedule I or II substances that was created in the 1980s. The result is that state-legal cannabis operators have extremely high federal income tax rates.

We have discussed 280E previously in this newsletter, most recently in the summer of 2020, when leading operators were starting to first become profitable on a pre-tax basis, but Trulieve’s new presentation helps investors to easily visualize the terrible impact of 280E on its financials (and the financials of its peers):

In 2021, Trulieve’s effective tax-rate was 89%, up from 60% in 2020 and 49% in 2019, due to 280E. As the table points out, the federal tax bill was inflated by $85.6 million due to 280E. The federal government was paid $120 million in taxes from Trulieve, while its shareholders ended up with a net income of $17.4 million. Trulieve has paid more than $154 million in 280E taxes over the past three years. The federal government is raking it in as cannabis companies pay gargantuan taxes.

GTI CFO Anthony Georgiadis called the federal government the company’s “largest financial partner” as he detailed its $128 million of cash taxes paid in 2021 on its recent conference call. The company’s filings indicate its federal income tax would have been $43 million, but non-deductible expenses boosted it to $84 million. Including state taxes, the company’s total income tax expense was $124.6 million, 61% of income before taxes. GTI has paid more than $80 million in 280E taxes over the past three years. In 2021, Cresco Labs paid $47 million in 280E taxes, while Curaleaf paid $102 million. In fact, Curaleaf’s net loss would have been $7 million rather than the $109 million net loss it reported were it not for 280E taxes.

The onerous taxation of 280E compounds the challenges state-legal cannabis companies face competing with the illicit market, which doesn’t pay any taxes. Further, it penalizes the best and most profitable operators the most, which leads to inefficiency ultimately. The high federal taxes reduce the amount of capital available for expansion projects, which leads to the need to sell additional shares of stock or to borrow. Of course, the interest isn’t deductible for tax purposes!

As we have said before, 280E wreaks havoc on the financial metrics for now. EBITDA seems to be among the most popular metrics, but it’s important to remember that this excludes taxes as well as interest, which can be quite large given the higher rates that cannabis operators pay. How one thinks about the valuation of a cannabis company certainly depends upon one’s expectation for how long 280E will remain in place. For now, investors should be aware that cash flow from operations for cannabis companies is depressed by these large tax payments as is net income. Further, as the industry continues to mature, the ability of cannabis companies to repurchase shares or pay dividends will be limited.

280E will remain in place, without new federal laws, as long as cannabis remains a DEA Schedule 1 or Schedule 2 drug. If the DEA were to lower the scheduling or to deschedule it, this would automatically end 280E. We aren’t holding our breath.

In the past, we have heard about discussions to replace 280E, a tax on gross profits essentially, with an excise tax. Recently introduced bills have taken this approach. This would be a fantastic alternative, in our view, as it would level the playing field and not burden the most efficient operators disproportionately. An excise tax would be similar to how tobacco and alcohol are taxed. We find it hard to imagine the federal government implementing an excise tax without also passing broader legislation that would make cannabis regulation an issue for the states.

The federal government continues to extract onerous levels of taxes from state-legal cannabis operators through 280E, an artifact from the 1980s. As the industry continues to scale up, the taxation has become an increasing burden, depressing net income and reducing the ability of these companies to invest in capital projects or ultimately to repurchase stock or pay dividends. Ironically, 280E, which was designed to punish illegal drug dealers, is actually helping the illicit cannabis market by hurting its state-legal competitors. We urge our readers to support the organizations fighting for reforms of federal cannabis laws and to consider reaching out to elected officials to put an end to 280E.

IM Cannabis Corp. is a leader in the Israeli cannabis market, where pricing for its products has remained higher than other markets in Europe. The company is the only multi-country cannabis operator with full operating rights in Israel, Germany and Canada, the three largest federally legal markets. IM Cannabis has been working towards integrating its four recently closed pharmacy acquisitions and is currently generating revenue in all three countries as it focuses on profitability and further increasing market share of its premium brand Wagner & Highland in 2022. 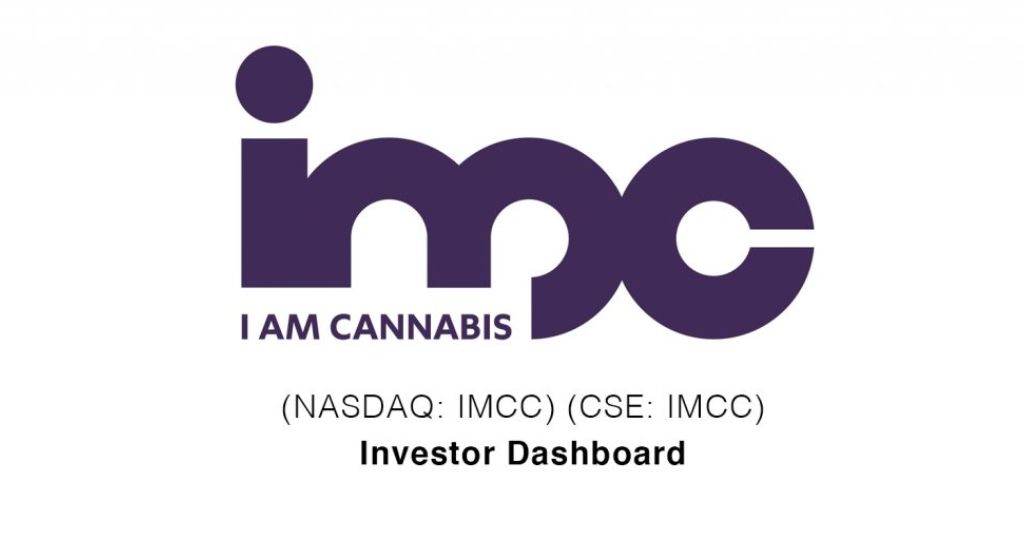 Get up to speed by visiting the IM Cannabis Investor Dashboard that we maintain on their behalf as a client of New Cannabis Ventures. Click the blue Follow Company button in order to stay up to date with their progress.