Due to the rapid growth in the cannabis industry, we raised the minimum to US$25 million (C$32 million) to qualify for what we now call the senior list and introduced a junior list with a minimum of US$12.5 million (C$16.0 million) in September 2021. At the time of our last update in late February, 36 companies qualified for inclusion on the senior list, including 30 filing in U.S. dollars and 6 in the Canadian currency. The junior list now includes 12 reporting in U.S. dollars and 4 in Canadian dollars. On a combined basis, the Public Cannabis Company Revenue & Income Tracker now includes 52 companies. Since our last update, Cronos Group (TSX: CRON) (NASDAQ: CRON) has moved from the junior group to the senior group of companies reporting in American dollars. We have also removed GAGE Growth from the U.S. senior group, which now includes 30 companies, due to its acquisition. We expect to add additional companies in the months ahead, and, due to pending or recently completed mergers, we anticipate some removals as well. We note that Intercure (TASE: INCR) (NASDAQ: INCR), which reports in the Israeli currency, qualifies for the junior list, but we haven’t yet added it due to its different reporting currency.

Since our last update, several companies have reported, including some of the largest MSOs. Ascend Wellness (CSE:AAWH.U) (OTC: AAWH), Curaleaf (CSE: CURA) (OTC: CURLF) and Green Thumb Industries (CSE: GTII)(OTC: GTBIF) were all in line, roughly, with expectations, but the outlooks reflected more competitive environments in several states. Additionally, the delay in New Jersey weighed on their outlooks.

Curaleaf maintained the top spot as its revenue fell slightly short of expectations and its adjusted EBITDA slightly ahead. The real story was its outlook for 2022 of revenue of $1.4-1.5 billion, well below the prior expectations of $1.6 billion. GTI revenue was slightly ahead of expectations, but its gross margin declined, leaving its adjusted EBITDA lower than what analysts had expected. The company called out the markets in Nevada and Pennsylvania as having become more competitive. Ascend Wellness had been expected to see a decline in revenue from Q4, which was the case. Acreage Holdings (CSE: ACRG.A) (OTC: ACRHF) reported revenue of $58.1 million, up 21% sequentially but boosted by an acquisition in Ohio. Still, it was ahead of what analysts had expected for both revenue and adjusted EBITDA. Note that its adjusted operating loss was impacted by a one-time write-down. 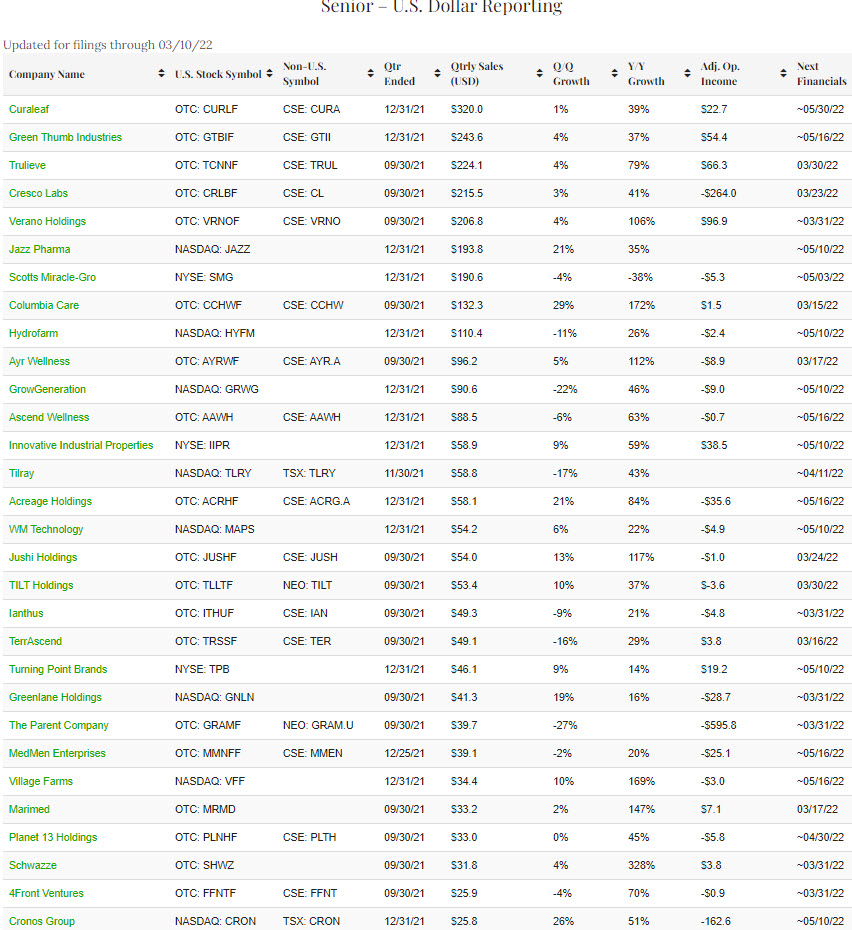 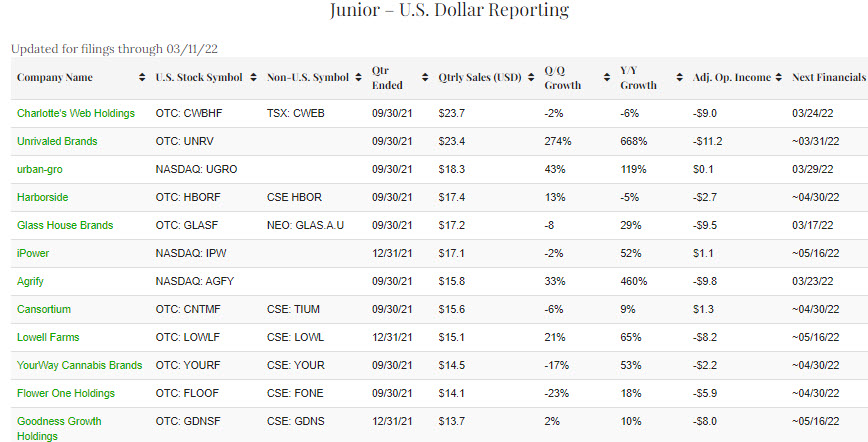 In the first part of March, Valens (TSX: VLNS) (NASDAQ: VLNS) and Humble & Fume (CSE: HMBL) (OTC: HUMBF) reported. Valens Q4 revenue advanced 15% from a year ago, while Humble & Fume was flat in its Q2 as it rationalized certain lines of lower-margin business in the U.S. 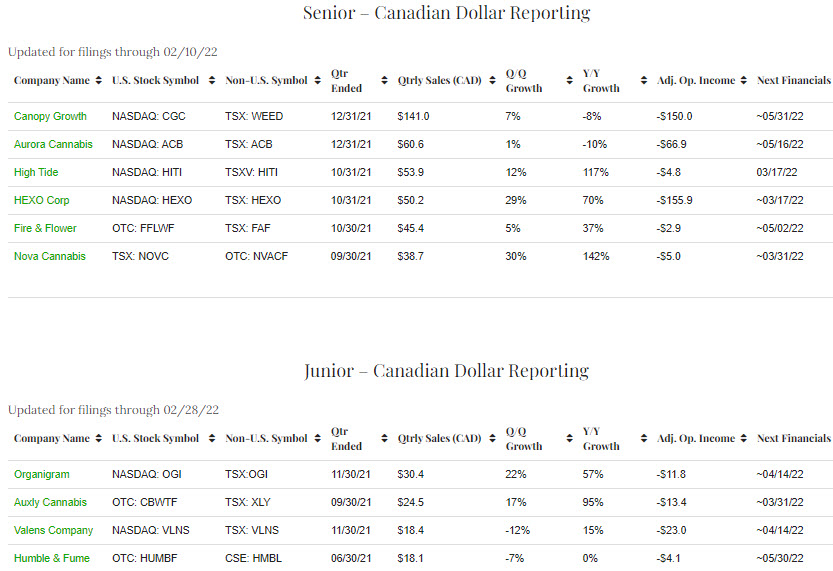