This is a copy of the March 17th edition of our weekly Newsletter, which we have been publishing since October 2015.

As 2018 ended and we shared our outlook for 2019, cannabis stocks had melted down with the overall market and following a glut of new issues in the U.S. While we don’t normally provide projections for the sector in terms of where the stocks are headed, we pointed out that the recent price declines didn’t reflect the promise of the sector. Indeed, the prices disconnected from the fundamentals during Q4, but the rally that began in October of 2017, when Constellation invested initially in Canopy Growth and just ahead of California’s legalization, remains intact despite the pressure at the end of the year.

By any measure, the climb from Q4’s abyss has been robust. Year-to-date, the New Cannabis Ventures Global Cannabis Stock Index has rallied over 55%. We are seeing several stocks make new highs, including some of the multi-state operators, a few of the Canadian LPs and two CBD sellers. In Canada, the entire universe of Canadian LPs has rallied over 52%, but the performance among the larger names has been even stronger. In general, higher quality companies are leading the rally.

Many of the themes we discussed at year-end are playing out, including consolidation in Canada and in the United States and the ramping up of revenue. Q4 financial reports will continue to trickle in over the next six weeks, and we look forward to the next set of quarterly reports beginning in May. We continue to believe that bigger numbers and very rapid growth will fuel increased investor interest in the sector. Also contributing to an expanded investor base is the continued migration to major American exchanges.

Other themes emerging early in the year include improved governance and cross-industry strategic partnering. All of these developments are setting up the industry to attract more investment. Add in a very positive state legalization outlook and at least a neutral if not positive regulatory outlook at the federal level, and it’s clear that the recovery in cannabis stocks is likely sustainable. From our vantage, the market is anything but overheated at present, and we remain optimistic despite the disappearance of the bargain prices at year-end. 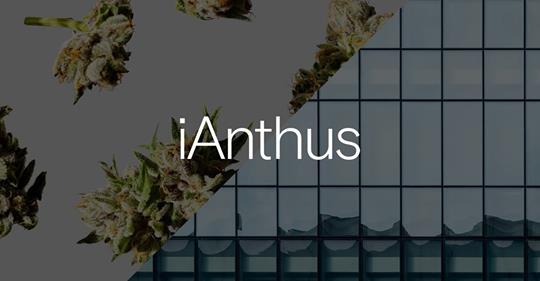 To learn more, visit the iAnthus Capital Holdings Investor Dashboard that we maintain on its behalf as a client of New Cannabis Ventures, and click the blue Follow Company button in order to stay up to date with their progress.

For investors interested in the cannabis industry and for operators looking to tell their differentiated stories, there is no better event than the Benzinga Cannabis Capital Conference. After highly successful events in Miami and Toronto in recent months, Benzinga returns to Toronto at the Fairmont Hotel next month, and we are excited to partner with them again. For high quality companies interested in presenting, please email PatrickLane@Benzinga.com to learn about the many opportunities available.

Tickets are limited! New Cannabis Ventures should use code “NCV” to ensure a seat for a 20% discount. We look forward to seeing you there!