This is a copy of the July 15th edition of our weekly Newsletter, which we have been publishing since October, 2015.

The Canadian Cannabis LP Index managed by New Cannabis Ventures has retreated to its lowest close of the year, a level not seen since mid-December, and is now down over 19% in 2018. To keep things in perspective, the index has still rallied substantially over the past year despite the recent correction: 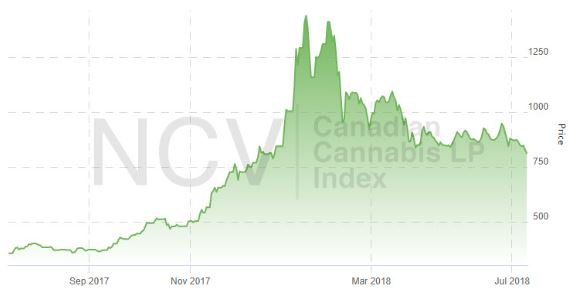 Looking deeper into the sector, there has been a vast difference in the performance by stage of maturity. We break the LPs into three tiers, with Tier 1 representing the largest LPs in terms of sales, Tier 2 representing the remaining LPs that are permitted to sell and Tier 3 representing those LPs that can cultivate but not yet sell.

Here is how the three tiers have performed year-to-date:

We have heard from several readers seeking an explanation about the luke-warm reaction to the news last month that Canada will be officially legalizing cannabis in October, so we thought we would share our thoughts.

One of the most difficult lessons for investors is figuring out what’s priced in, and it’s important to remember that legalization was widely expected. Another factor may be the slight delay, as the October 17th date was 45-60 days further out than most had expected. Weighing beyond this “sell the news” factor, though, are several dynamics, including supply of shares and a proliferation of new LPs.

Also, since April, the universe of publicly-traded LPs has expanded from 32 to 40, with the recent additions of 48North, Eve & Co, FSD Pharma, GTEC Holdings, James E. Wagner Cultivation, Pure Global Cannabis, Sproutly and The Green Organic Dutchman. Tilray, which will be a  “Tier 1” stock, should debut mid-week on the NASDAQ. There is likely more ahead too.

Finally, we believe the market may be beginning to factor in concerns about a less-than-robust rollout of retail cannabis this Fall due to constrained inventories and few stores open in key provinces like Quebec and Ontario. 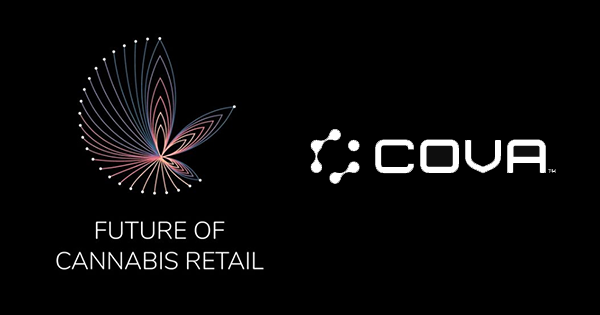 Cova’s cannabis compliant retail software is helping to solve some of the biggest challenges in the cannabis industry. To learn more, visit the company’s page on New Cannabis Ventures and click the green Get More Info button.

The Benzinga Cannabis Capital Conference is the premier gathering of cannabis entrepreneurs and investors in North America. Held at Arcadian, 401 Bay St, Toronto, ON M5H 2Y4, Canada on August 16-17, 2018. Purchase your tickets here.

No other conference offers the level of access and seamlessness of interaction between entrepreneurs building future billion-dollar cannabis enterprises and the investors whose capital will make that happen.