This is a copy of the September 23rd edition of our weekly Newsletter, which we have been publishing since October, 2015.

What a week it was! We started off with reports of discussions between Coca-Cola and Aurora Cannabis to develop a functional CBD beverage and saw the debut of two new Canadian public securities associated with Aurora Cannabis and Canopy Rivers that performed exceptionally well, Australis Capital and Canopy Rivers. What grabbed the most attention, though, was the move in Tilray, which, despite a 59% decline from its peak price on Wednesday to the close on Friday, managed to rally more than 12% during the week. The move included dollar volumes that have never been seen before in the cannabis space, with the value of stock traded Wednesday exceeding $7 billion.

We were early to discuss the backdrop to the Tilray short squeeze, noting the very tight float and its belonging to  a very small group of Canadian LPs that trade on a major U.S. exchange. Some worry that the deflation of the Tilray bubble may have negative consequences for the broader sector, but we disagree. In fact, we see the Tilray parabolic spike and the success of Cronos Group and Canopy Growth since they listed on major U.S. exchanges as a big positive. We should also add that NYSE-listed Innovative Industrial Properties and NASDAQ-listed GW Pharma both hit all-time highs on Friday. So what’s going on?

The broader universe of traders in the U.S., many who have no interest in trading OTC stocks or even TSX-listed or CSE-listed names, is finally paying attention to the cannabis sector. Demand currently far exceeds supply, but that will soon change, as other LPs, like Aurora, which has publicly-disclosed it will be listing on a major U.S. exchange next month, as well as Aphria and CannTrust, which appear on the path to do so, will immediately double the number of LPs with that status. We have seen a lot of interest (price spikes, big volume) in several other non-OTC names with ties to the cannabis or hemp industries as well. CNBC, long careful to avoid the sector, has done a complete 180 and has had several CEOs of public and private companies on Mad Money with Jim Cramer, including Canopy Growth, GTI, MedMen, MJardin and TGOD. Tim Seymour regularly discusses the sector now on “Fast Money” as well. This coverage is certainly adding to the interest.

Investors should expect a virtuous cycle to unfold here. As U.S. investors begin to embrace the sector and profit from it, they are more likely to get even more involved. They are likely to participate in what we expect will be a larger universe of companies listed on the  NYSE or NASDAQ, a group that could soon begin to expand to ancillary companies and perhaps sellers of CBD products assuming the Farm Bill passes. Further, we think that as investors begin to better understand the industry, they may embrace more of the companies that trade on the CSE. This has already been the case for recent new issues GTI and MedMen, and we would note that several other CSE-listed U.S. cannabis companies have posted all-time highs recently.

We introduced the New Cannabis Ventures Cannabis Stock IPO and New Issues Tracker at the beginning of the month and shared our view that we expect more U.S. companies to go public, and this has already been the case. It’s truly exciting, as many of the several of the multi-state operators we expect to go public have substantial revenue and scale. Trulieve,which is a leading provider in Florida, will begin trading on the CSE on Tuesday, and we look forward to seeing its financials when the company files its listing statement in advance.

While large losses from the Tilray bubble deflation may leave a bad taste in the mouth of traders who got in too late, we aren’t concerned that there will be any significant repercussions for the sector. We are already seeing the phrase “the next Tilray” pop up in the media, and that’s how we think investors will process the truly spectacular move in that stock. While replicating the 1664% peak gain from the IPO is unlikely to be achieved in other new issues, we expect that this is the beginning of a cycle where investors will do quite well.

To learn more about Canopy Rivers, visit the company’s Investor Dashboard that we maintain on its behalf, click the blue Follow Company button in order to stay up to date with their progress. 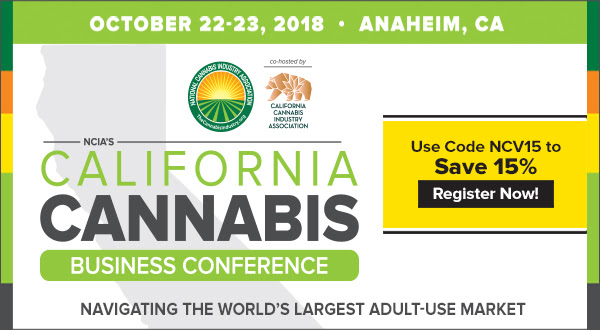