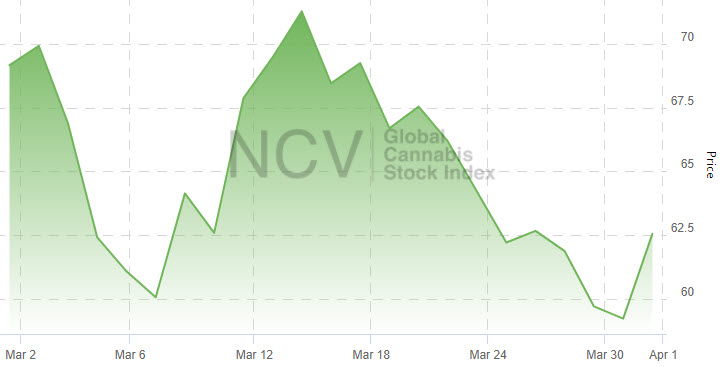 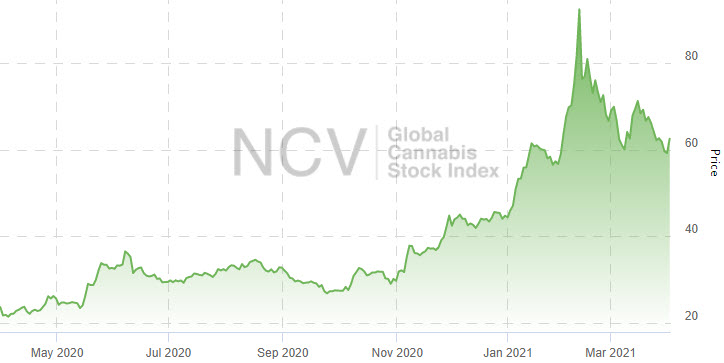 The strongest 4 names in March all gained at least 10%:

The 4 weakest names in March all declined by more than 23%:

We provided an in-depth review of the updated index at 420 Investor. The index has changed dramatically over the past few quarters, with MSOs, now 33% of the index, and ancillary companies, now 27%, increasing, while Canadian LPs have become a smaller part of the index, now 23%. The balance is split between CBD (8%), biotech (6%) and international (2%).