This is a copy of the September 30th edition of our weekly Newsletter, which we have been publishing since October, 2015.

As we enter the final quarter of the year, the big story of 2018, the capital markets opening to U.S. cannabis companies, continues to get even better. Since April, when storm clouds over the U.S. cannabis industry suddenly lifted after Senator Gardner and President Trump reached an agreement to let states’ rights be the guiding principle of cannabis regulation, we have seen investor interest in multi-state operators pick up dramatically. We said here then that we expected several established cannabis companies in the U.S. to go public after that hint of federal policy change, and that has been the case, including most recently Trulieve, a Florida operator, which did so last week on the CSE and traded substantially higher. The company generated more than $23 million in sales operating in just a single state in Q2, placing it slightly ahead of Canopy Growth to capture the title of highest revenue generating publicly-traded cannabis company.

Investors are waking up to the opportunity to capitalize on cannabis in the U.S., with several of the publicly-traded multi-state operators posting all-time highs lately, including CannaRoyalty, iAnthus and MPX Bioceuticals. The most recently public companies, Green Thumb Industries and MedMen Enterprises, have performed well since their summer debuts as well. What is most remarkable, though, is that the “bought deal” has moved south of the border. U.S cannabis operators have watched Canadian companies raise billions of dollars through underwritten deals over the past two years with envy. In July, shortly after it went public, GTI raised C$80 million at C$11 in the first bought deal in the U.S.. This week, it announced a C$65 million deal that saw enough demand to boost it to C$88.4 million (at C$20). MedMen priced a deal in September that, after the exercise of the underwriter option, exceeded C$86 million. Less than a year ago, iAnthus struggled to raise money at C$1.70 (not a bought deal), but in September it was able to price a C$30 million bought deal at C$6.65. This, of course, followed a US$50 million private placement earlier this year with Gotham Green Partners.

Limited access to capital has been a challenge for the U.S. cannabis industry, so this trend towards large bought deals is a welcome change. Those companies that are able to raise and deploy capital effectively stand a good chance to create shareholder value over time, and one need only review the recent history in Canada to understand this phenomenon better. Investors should pay close attention to this development, as companies that are successful raising capital will be at a competitive advantage in consolidating the industry. Finally, it is important to understand how these deals impact the prices in the short-term, especially if the deals include warrants (as many will short the stock to buy the new deal and end up being long the warrants). In other words, these large public offerings can create an opportunity for investors to establish or add to positions.

Medicine Man Technologies, based in Colorado, has evolved substantially since it went public in early 2016, adding additional services and products to its original consulting services targeting new license applicants. Most recently, it partnered to bring its expertise to Canada, where it will be working with craft-based micro-cultivators. Learn more about Medicine Man Technologies, visit the company’s Investor Dashboard that we maintain on its behalf and click the blue Follow Company button in order to stay up to date with their progress.

As Canada moves closer to legalizing, we want to bring to our readers attention an effort by Mediaplanet, Cannabis in Canada, to educate readers on the changes ahead. 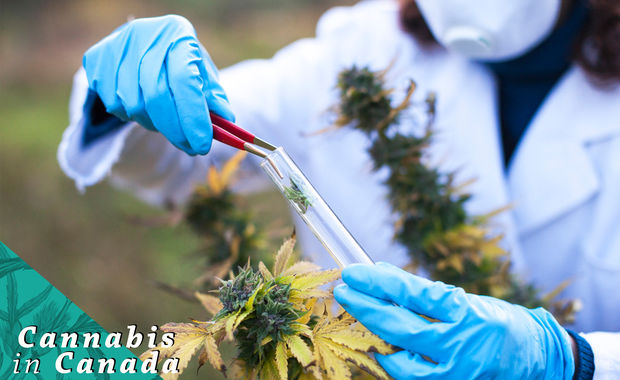