After a sharp decline in September that left the index down 7% in Q3, the Global Cannabis Stock Index held on to massive gains in October and November, decreasing 0.8% to 44.39 in December: 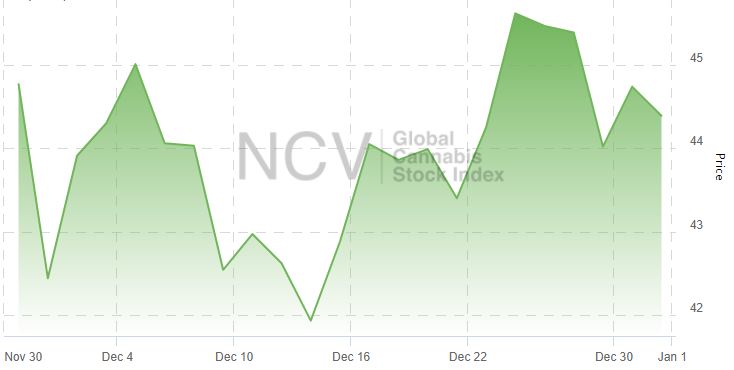 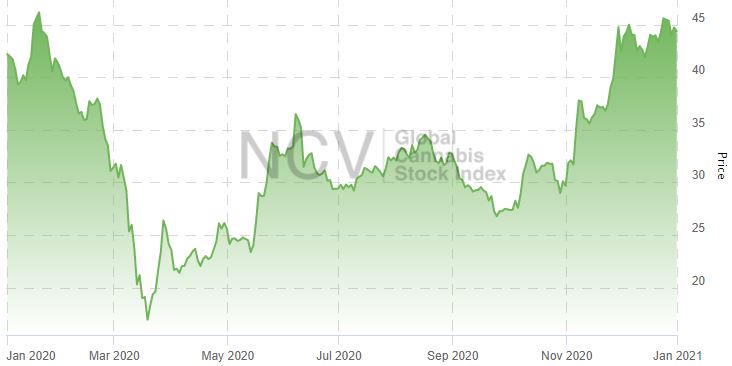 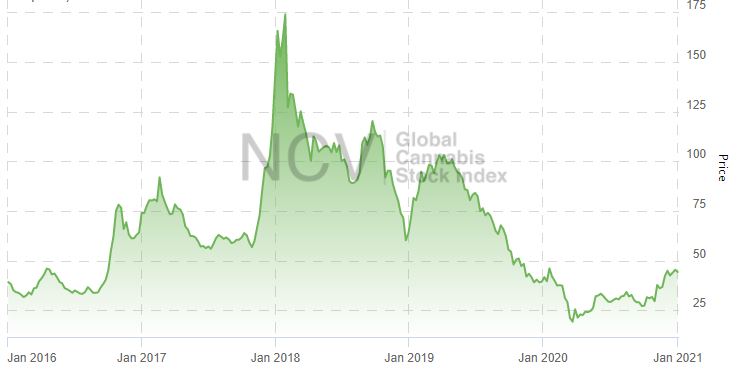 The strongest 4 names in December all gained at least 19%:

Three of the four best stocks in the month were cannabis operators, with REIT Innovative Industrial Properties joining the leaders as well. Liberty agreed to be acquired by Ayr Strategies (CSE: AYR.A) (OTC: AYRWF). It had been down 20% in 2020 heading into December. Jushi Holdings soared to an all-time high during the month as it opened its third Illinois retail store, acquired the balance of the ownership of its Virginia subsidiary and received $32 million in proceeds from the exercise of warrants. The stock, up 140%, was the second best performer in Q4. Columbia Care closed an acquisition in California and then announced the pending acquisition of Green Leaf Medical during the month. Innovative Industrial hit an all-time high during the month as well.

The 4 weakest names fell or rose by less than 17% in December:

Two of the worst performers, India Globalization Capital and Aurora Cannabis, had doubled in November and gave up some of those gains during the month. Aurora Cannabis rose 79% during Q4 despite the weak December. Charlotte’s Web pulled back with other CBD stocks, though it rallied 39% in Q4. Cronos Group, also strong in November, gave up some of those gains, consistent with the action of the large Canadian LPs. It ended the quarter up 39%.

American MSOs are the largest sub-sector, representing 34% of the index. Canadian LPs will represent 26%, while ancillary companies have increased from the prior quarter to 18%. CBD companies will represent 11%, while international cannabis companies and biotech will each represent 5%. We have published a more comprehensive review of the changes and the dynamics of the market at 420 Investor.