This week’s announcement from Canopy Growth regarding asset impairments of up to C$800 million should come as no surprise to readers of New Cannabis Ventures, as we discussed this four weeks ago (More Asset Impairments Ahead). Although Canopy didn’t announce write-downs when it reported on February 14th, new CEO David Klein made it clear that the company would be restructuring when he discussed his third priority during the conference call that day, saying that “mindful of future market growth, we’re prepared to take initial steps to rightsize our business over the next 90 days.”

While the company moved much more swiftly, announcing that it is closing its BC greenhouse facilities and taking other undefined actions that will be detailed in May, when the company reports its fiscal Q4, investors seemed to be caught off-guard, with the stock losing 19% of its value during the week. We see the announcement as generally positive for the industry, but it also highlights balance sheet risk, as some assets have been carried at values in excess of their true worth.

Rationalization of supply is now a requirement for the industry, which needs to drastically improve cash flow across the board to regain investor confidence. Closing production facilities will improve financial results going forward, but it will also help address present or future oversupply across the board.

We found it interesting that Canopy specifically cited outdoor cultivation as a reason for abandoning the two operating greenhouses in BC and an Ontario greenhouse under development. Aurora cannabis has put a greenhouse it acquired when it purchased MedReleaf for sale, and we wonder if more greenhouse operators will arrive at the same conclusion as management at Canopy. So far, data has been limited regarding outdoor grows, but they don’t yet appear to be a major factor.

While rightsizing is largely a step in the right direction, we are concerned that some companies that have substantial debt could trigger covenants and that debt may be harder to access if asset values are in question.

Why America is Different

The situation is quite different in America, where few states are oversupplied at present. In those states, like Oregon, there is very little participation by public companies. With capital access historically more challenging, it has been much more difficult to invest heavily in production, which has created shortages in many states, like Pennsylvania and Florida. For well-capitalized companies in the U.S., we expect very few write-downs. At the same time, though, struggling players who are spread too thin across multiple state markets may exit those markets, similar to what we saw with MedMen in Arizona, a process that consequently could result in write-downs for those companies.

As we concluded a month ago, asset impairments could weigh on market sentiment, but they are a lagging indicator, reflective of poor decisions from the past. The more quickly companies rightsize, the more quickly the industry can improve its profitability.

While the media doesn’t focus upon it as much as its larger peers, Organigram has been described by the analysts at Jefferies as not trying to be “all things to everyone”. It has instead shown an ability to focus, execute and sustain itself. The company has approached Cannabis 2.0 with a rifle rather than a shotgun approach, with an emphasis on vape and chocolates, and has invested in automation and processes to keep its costs down. Organigram also has a novel product for the beverage market that it will introduce later this year, a powder than consumers can add to any beverage. 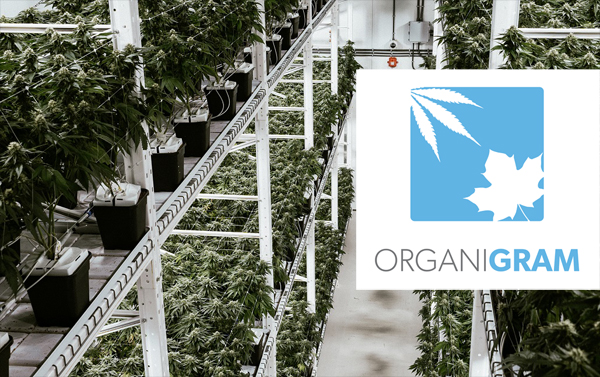 Get up to speed by visiting the Organigram Investor Dashboard that we maintain on their behalf as a client of New Cannabis Ventures. Click the blue Follow Company button in order to stay up to date with their progress.